Saying No to certain people and situations hasn’t ever really felt easy for me. In fact, I’ve said yes many times when I wanted to say no. I felt that if I’d say no then I’d seem like a bad friend, but after years of not setting boundaries, I realized it was the opposite.

I started asking myself, ‘How can I constantly give to others when I’m not giving myself enough space and time to breathe?’
Here’s just one of the many examples where I hesitated saying no. My inner critic would tell me that I’m a bad friend for not going to my friends party even though my body and mind would tell me that I needed to stop, slow down and breathe.
So then showing up to my friends party turns into an emotional disaster because I’m uncomfortable in my body and all I want to do is sneak in the bathroom and pretend that I’m sick because I just want to be at home curled up in my bed.
Then everyone thinks I’m just in a bad mood and they don’t want to interact with me. Ugh. It’s a no win situation. I’ve held my own self hostage by not listening to what I really need.
After years of battling with whether I should say No, I finally woke up when I read the words ‘Saying no to you is saying yes to me.’ 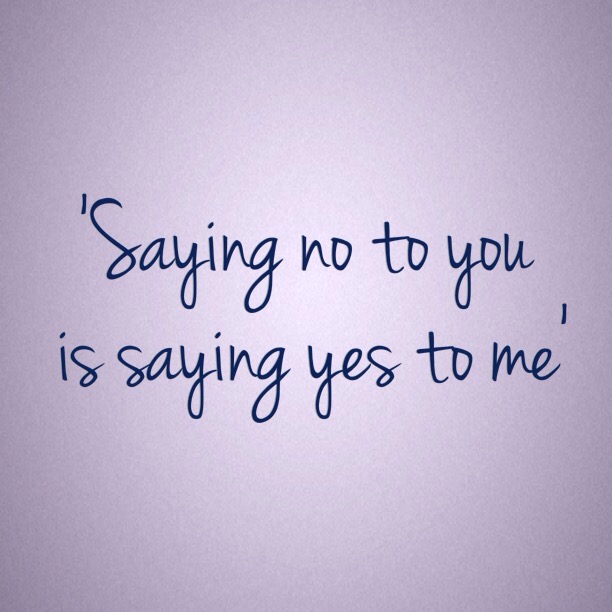 As I write this, I think of all the mothers and caretakers who wake up everyday and care for more than just themselves. I also write this with a feeling of guilt because I’m not one of them (although I am sorta because I wake up 5 days a week and show up for people. I show up and teach them about self care and yoga). These feelings inspired me to say that I bow to those women (and men) who show up everyday of their lives and take care of others. You are a true super hero. Remember though, it’s ok to set boundaries when you need to. It’s ok to say no. It is ok because when you show up for yourself you can then show up for others more fully.